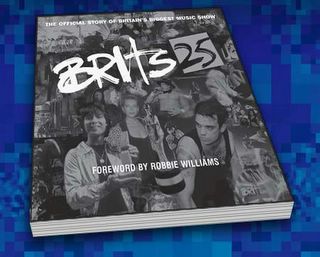 I watched the 25th Annual Brit Awards tonight on BBC America. Unfortunately, I tuned in a little late and missed Scissor Sisters' opening act. This was the first time I've seen this awards show, and I was surprised by the sponsorship of individual awards by phone carriers and of the show itself by Master Card. It was really odd to me. I thought that the Brits managed to commercialize an awards show to a greater degree than we have in the U.S., which would be one helluva feat. It seems like an idea that would have caught on in a big way in America, given our rampant capitalism. I was a little relieved (and maybe a bit disappointed) to find that the awards show turns all profits over to a trust for a music school. This is from the Brit Awards website:

The British Recording Industry Trust was established in 1989 and is entirely funded by the music industry. Its mission is to give young people a chance to express their musical creativity regardless of race, class, sex or ability. This includes the BRIT School in Croydon - the only non-fee paying Performing Arts School in the UK. Since its inception, over £8.8 million has been donated by the BRIT Trust to various charities. Every single penny of profit from the BRIT Awards goes to the BRIT Trust. To date over £5.5 million has been raised by the BRIT Awards alone.

As for the show, it went pretty much like any American awards show. The same acts were nominated again, and again. In this case Keane, Franz Ferdinand, and Scissor Sisters seemed to be up for every award given. The novelty for me was that I hadn't heard of many of the nominees, but the little blips of music video that accompanied the nominations made me want to hear more of several of the bands. I especially liked Muse, The Streets, Snow Patrol, McFly, and Kasabian.

It was great to see Siouxsie Sioux present one of three awards won by Scissor Sisters. If she wasn't tanked, then she was channeling Elizabeth Taylor. The highlight for me was the finale when Bob Geldof was awarded the Outstanding Contribution to Music award and then went on to sing I Don't Like Mondays and Rat Trap while backed by full orchestra. I Don't Like Mondays still moves me. I think it’s more timely today than it was in the 80’s, when school shootings were a new phenomenon.

I enjoyed the show, and the weird emcee, Chris Evans. He presents like a British Greg Proops, which is strange, but fun. The show was different from and the same as we're used to here, but it is nice to know that after all the superficial ego stroking, the event serves a higher purpose.