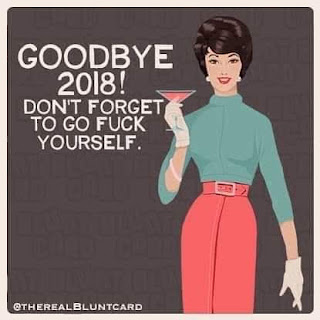 Have you ever looked around and thought your life, your home, and your mind were cluttered? I started off this year without resolutions beyond working some jigsaw puzzles and try to enjoy myself more. The feeling of being bogged down mentally and physically kept creeping in, and the next thing I knew, I had set up my goals system (something I have used since I was 20) and plotted out the next 10 years of my life. I was faithful in doing this for decades, but I think the years after Hurricane Harvey were so overwhelming, that I let it slide, and I just coasted.

Just as I roused from my malaise, I kept hearing the name "Marie Kondo" everywhere. I found her show on Netflix and it was the final push I needed. I have been "Kondoing" my home (and life) for the last few weeks and it is clearing the cobwebs (literally and figuratively). I only wish I started this a few years ago. I am not completely faithful to her model, but what I have taken away from her method is working very well for me. I started in my bedroom and managed to unload about 2/3 of my clothes. Putting all that you own in a mound on your bed is a shocking way to come to the realization that there is such a thing as "too much."

After donations to Goodwill, I tackled my papers and found the bottom of that pile (finally), making it more manageable month to month now. I took a couple of boxes to a shredding event that is held by a church every few months, and for a $15 dollar donation and some dry goods for the homeless, they poured my papers into a shredding truck and destroyed them on site - a win-win.

Now each month is devoted to clearing out and updating a different room. I did bathrooms in March and April will be the Kitchen., etc... until I'm done. I am looking forward to getting to my studio/Gohonzon room at the other end of the house. It will signify that I am done with this process, and also free that room up for me to enjoy again for painting and meditation.

After a rough 2018, this feels like the physical and mental exercise/exorcise that will help make 2019 more palatable. Since 2019 gives all indications of being as bad or worse that its predecessor, I think we will all need to do everything we can to buckle up (and down) to prepare for the bumpy ride that most certainly awaits.
Posted by finijo at 3:22 PM 1 comment: 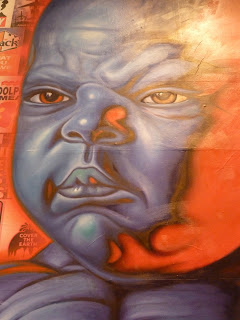 To say that trump being elected president has been a black cloud over the country and over me is a monumental understatement. The blind, rabid hatred of much of what I love about the U.S. and it's people is on display daily by trump and his frothing base. The madness of the situation seems to me to be what the Roman Empire looked like as it fell. I understand that the most amazing periods of creativity and growth spring from the darkest and most desperate times, but it is an excruciating process.

Fighting my way through two years of trump as president has had an impact on me, for the better and the worse. I have lost some of the optimism that I once had about people, but I have also seen how our system of government, and how so many people in America,  work to work to preserve civil liberties and Constitutional law. I have seen wrongdoing on both sides, but the GOP looks like the most corrupt and morally bankrupt institution to exist in this country, all the worse for not for not standing up to trump and trying to abate some of his worst tendencies. History will reveal how much damage he has been able to inflict on our natural resources, our people, and our economy, and it will not be kind to the collaborators who helped him along his path of destruction. 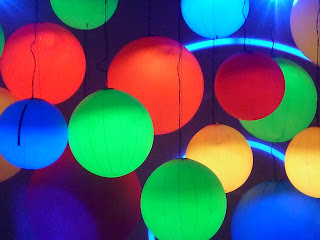 
2018 was not a great year for me physically or emotionally, which is clear to me when I realized how long it has been since I visited this place. For too long work was so stressful that I lived in a self-imposed state of ennui as a means of survival. When I changed my work situation in 2017, I was so worn down, that it has taken me a year or so just to get back to stasis. Even now, it is an effort to make the things I used to do and enjoy part of my routine again, but it is happening. 2018 was not all bad, and in spite of a non-healing ankle injury, a root canal gone awry, a car accident that almost removed me and still causes me pain, and pneumonia that landed me in the hospital, I managed to make it to Mexico City for Dia de los Muertos. I had an amazing adventure with family and friends and fell in love with Mexico.

Working through my emotional sludge brought about more of a mission than a resolution for 2019. I have begun to clean out all that I don't need in my life. From possessions to people. The hope is not just to simplify, but to devote more time to the things and people I care about. To keep the people and things that make my life better and to disconnect myself from sources of pain and negativity. I don't want to slog through the rest of my life dragging behind me anything that makes my journey more difficult. I have done that long enough. Still, taking inventory of what I own is a bit disheartening. I have too much stuff - an embarrassment of riches. I donated 40 pairs of shoes and 2/3 of my clothes, and still feel like I can rid myself of more and not even feel the loss. I cleaned out papers and took about 10 lbs of shredding to a mobile shredding unit last week. This beginning has given me clarity, and with each step I take toward minimizing these things in my life, I feel like I'm making room for my creativity.

It is time to put my energy into my art, my family, my friends, and my life. I have an art site in the works, a couple of art shows on the horizon, and I think I will be ready to get a studio in the future.
Posted by finijo at 6:43 PM 1 comment: