SCOTUS - For The People! 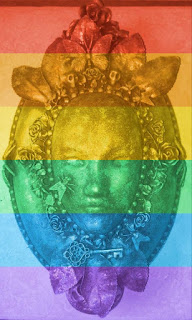 This week the Supreme Court of the United States made the Affordable Care Act (Obamacare) legitimate and legalized gay marriage by nullifying the state laws that barred marriage equality for people who are gay. There are a lot of weeks that I question my government and think that the government and many of our citizens are on a path of hatred and aggression. This week is not one of them. This week I am proud that the judicial branch of our government protected citizens who needed the protection and who could not receive it any other way.

The dissenters are as follows:

I am troubled that both decisions were won with only a 5 to 4 vote, but I am not surprised that it all of the dissenters were men, and I am really not surprised that Scalia, Alito, and Thomas all voted like conservative old men afraid of change.

Today I am focusing on the positive, so I am grateful and ecstatic that the SCOTUS vote went the way of love, rather than bigotry and fear.

I know there will be protests and that there will likely be violence in the wake of these decisions, but change is happening, and today I am hopeful.
Posted by finijo at 12:06 PM No comments: 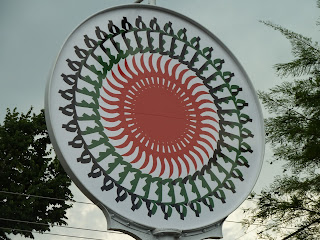 I began my blog more than 10 years ago. It was a natural progression from paper journaling to a blog, but it was also rooted in my frustration with the election in 2004. Politics has turned my stomach a little more with each passing year, but I still blog about the minutiae of my life and at times the larger events in the world. Sometimes I still manage a book review or to blog about something that I just learned that seems pretty cool to me. My blog has changed in the past 11 years and I have changed some over that time, as well.

When I started, I was a fledgling geek and the internet was just approaching it's adolescence and, as cynical as I can be, I had no way of predicting the revelations that would come to pass when Edward Snowden released thousands of NSA documents into the world. Reading my profile tonight, I realized that I can no longer say I would be first in line for the human modem. Of course, we are wireless now, but I would not trust that kind of tech in my body for any amount of money. I grew up during Watergate, graduated in 1984 (of course reading  and watching 1984) and on Logan's Run and West World, but it took government surveillance of our phone records to bring on a fairly mature case of The Conversation paranoia. This is my old profile quote.


When they perfect the human modem, I will be in line for the implant. Access to the internet makes me feel like I'm the smartest person alive - the internet being an extension of my own brain. There is nothing I can't access on the net. The key to the universe is Boolean. I enjoy words and art. Pictures painted with words are perfection, almost too beautiful to bear. When I can find time (and settle my mind), I draw, paint and make "stuff." I like to journal, tell stories, watch people, and laugh loud and hard.

I think I will just remove the first half until I can put some thought into what I want to say about myself and rewrite it.
Posted by finijo at 9:03 PM No comments: 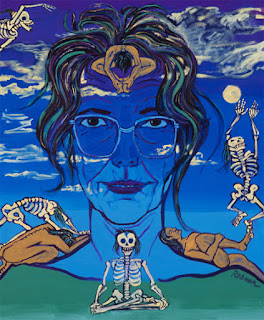 
I woke today about noon. It's Saturday with nothing in particular scheduled, so I took advantage of a rare opportunity to sleep in and didn't set my alarm. I thought I would wake up about 9:30 AM, but my eyes didn't even flutter until just before noon, probably due to my recent insomnia.

Feeling rested for the first time in weeks, I have spent a lazy morning catching up on my friend's and family member's Facebook posts and I have cried. I have cried like a hormonal teenager at everything from a post about two friends who are lesbians who have been in a committed relationship for 20 years and are eagerly waiting to hear that the Supreme Court has made same sex marriages legal across the U.S., to a video about a woman in Texas who has metastatic breast cancer, to a video from the perspective of a dog, Denali, who died of cancer. I feel like a weepy drunk who didn't get the benefit of the fun party before descending into the wallowing blues.

It occurred  to me that this is due to a wonderful condition that my doctor told me I had in 2010, perimenopause. I was diagnosed with this gem of a malady after I came back from a trip to England in November and told the doctor how I had been burning up for the entire trip, and had to sleep with my hotel window open and didn't even wear my coat for most of the trip, because it was too warm. Everyone else was running around in heavy coats and scarves and gloves, but I was in a light sweater and still couldn't go into some of the shops and the Tube because the heat was repellent to me.

So, five years later, the "peri" is still attached to my menopause and I continue to experience the not so wonderful changes that have been a part of my life since I was 13. The changes go on, only different. The promise to an end of what feels like a lifetime of bleeding is more elusive at the end than you are ever led to believe, because they never tell you how long "the curse" will impact your life. You cannot imagine my surprise upon hearing the doctor tell me, "It can last 10 years, or more."

The impression I formed growing up of menopause, was only an impression, because nobody spoke of it except as a punchline on sitcoms. I was led to believe it was this terrible ordeal that happened to woman all at once, and it meant that you were old. Menopause was synonymous with drying up and being past your prime, but that is not how it really feels. I still feel vital and like I am still the same person I was at age 18, but with more insight and, of course, body aches. Perimenopause is like my daily craps shoot. Will I feel pretty good, or roll the snake-eyes of cramps, bleeding, and/or an emotional roller coaster ride? Today, I feel pretty good physically, but I am weepy and feel silly to be so affected by EVERYTHING. It is unlike when I was younger, in that there is no set schedule, the bleeding is mercifully lighter and some months non-existent, and the hot flashes are like nothing that can be described and truly understood without experiencing them. I now feel I know what someone who has spontaneously combusted feels just before they go up in flames, and it is only humorous after it passes and my body has cooled down enough to make laughter possible again.

I have read that men go through a similar experience as they age, but I cannot imagine how. I don't lament being born a woman, because I recognize the advantages of my own sex, but I do wish at times that women had not been shamed so much about their bodies and bleeding. The religious disdain for women, menstruation, and menopause has allowed me to reach this point in my life without having open and frank discussions with my mother and grandmother about what I had to expect. I am not ashamed anymore, as I admit I was as a teenager to have been "cursed" with monthly bleeding, but I am not as enlightened about my womanhood as I would like to be either. I have a grandniece who is 9 years old and I hope that she will feel comfortable enough to ask her mother and I whatever she would like to know about her body and what she can expect as she passes from childhood, to adulthood, to middle and old age.
Posted by finijo at 5:43 PM No comments: